The Dangers Summer Spider Infestations Bring With Them

Home › Blog › The Dangers Summer Spider Infestations Bring With Them 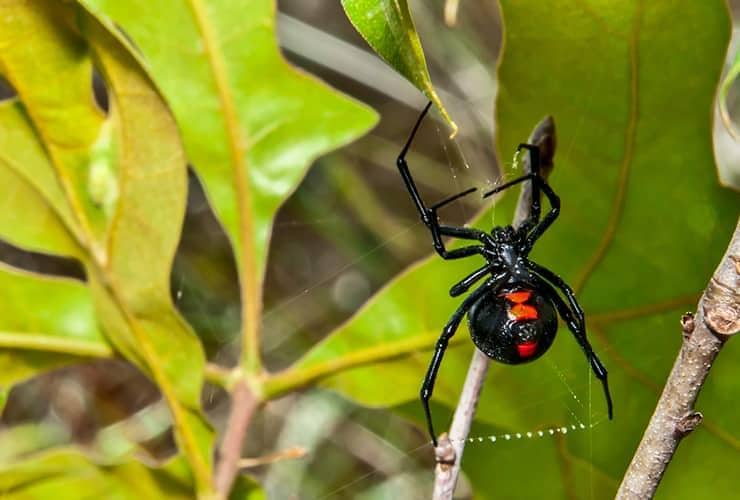 Now that summer is in full swing, we will start noticing a lot more of those eight-legged creatures that we all dislike so much! Unfortunately for residents of the South Carolina and Northern Georgia areas, it’s hard to escape these pests during the summer months as summer is the time of year when spiders are most active and are most likely to enter homes. In this blog, we will touch on some of the common species of spiders that are common to this area and the dangers they present when they invade our homes.

The brown recluse spider is another species of venomous spider. These spiders are identified by the violin-shaped pattern on the top of their body along with their three pairs of eyes arranged in a semicircle. They range in color from light yellow or gray to dark brown and their bodies can grow to be the diameter of a quarter! Brown recluse spiders are fairly docile but will bite if you happen to come into contact with one when putting on your shoes, reaching in a box, and so on. Being bitten by a brown recluse spider can lead to serious health consequences; their venom will cause pain and itching and cause an open wound that is prone to infection. If you are bitten by one of these spiders, seek medical attention as soon as possible.

Cellar spiders have the potential to bite but their mouthparts are small and aren’t strong enough to break the skin. These spiders are often confused with daddy long-legs as they look very similar; they are a pale yellow or light grayish-brown color and have small bodies and long, skinny legs.

House spiders are a very common species of home-invading spider. These spiders are small, yellowish-brown colored spiders with white abdomens with dark chevron markings on their bodies. Though these spiders are capable of biting, they usually only do so when being handled directly or when stepped on. House spiders are venomous, but in a different way than the brown recluse and the black widow spiders; the venom they inject may cause an allergic reaction in some individuals that would require medical attention, but is otherwise not very dangerous.

Wolf spiders are venomous spiders that are black or dark brown in color with white, gray, or yellow-colored markings. These spiders grow to between ¼ and 1 ⅜ of an inch in length and have a broad bodies that are covered in hair and long spiny legs that allow them to run quickly in order to catch their prey as well as eight eyes that are uniquely placed in three rows — two on the top of their head, and two in the middle with four smaller eyes below them. Wolf spiders can look pretty intimidating but they are actually quite docile in nature and rarely bite people; bites usually only occur if they are accidentally handled or touched. Wolf spider venom isn’t strong enough to be considered a serious health risk, though some individuals may have a rare allergic reaction to the bite and need medical attention. To learn more about this particular species of spider, check out our wolf spider blog.

What draws spiders to our homes, anyway? The main reasons that spiders invade our homes during the summer are that they are searching for food or seeking shelter from the sweltering heat. Insects like flies, cockroaches, and other bugs that spiders feed on often enter our homes during the summer months and attract spiders inside. Once the spiders gain access to our homes, they will create webs in areas that other pests are commonly found that are dark, secluded, and not touched very often such as attics, basements, and other storage areas. Not only do our homes provide food sources for spiders, but shelter as well; our cool, air-conditioned homes provide spiders with refuge from the elements during the hot summer months!

It is never a good idea for homeowners to attempt to remove spiders on their own due to the dangers that both venomous and non-venomous spiders can present. If you are dealing with a spider problem in your home this season, contact the professionals at Spencer Pest Services today to eliminate the current spider infestation in your home and prevent future spider invasions as well! At Spencer Pest Services, we handle spider problems in a safe yet effective way and will help you to implement strategies to prevent them from entering your home in the future. Our spider control is part of our personalized home pest control program to help your home remain pest-free through summer and throughout the rest of the year as well! To learn more about our spider control options contact Spencer Pest Services today!