Termite Season Returns To Greenville Soon… Are You Ready?

The truth of the matter is, there is no "termite season" in Greenville. Because of our warm climate, termites can remain active throughout the year. The life cycle of these pests does start in the spring, however, which means this is the season we must be on the lookout for swarming termites, as they look to create new colonies. Do you know if your Greenville home is adequately protected? 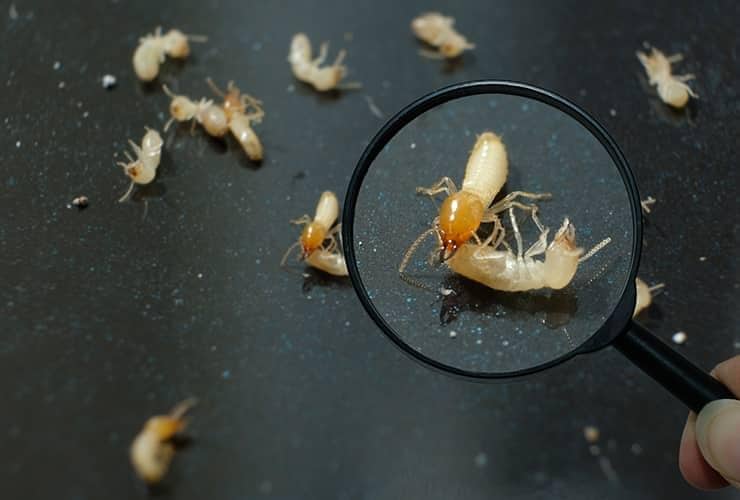 Termites don’t die off in the winter and they don’t hibernate either. They typically build their colonies deep enough below ground that, meaning that even if there is a frost, it will not affect them. Although they slow down in the colder months, they remain very active.

If, however, they’ve already made their way into your home, they will not slow down in winter at all. Within the confines of your warm home, they can remain as active as they would on a hot summer day.

So what happens in the spring that we’re calling “termite season”? Spring is the time of year when termites mate. It is also the only time of year when they come out into the open regularly. Termite mating season occurs among one group of termites called swarmers, or reproductives. These termites are winged and they come out in the spring to find a mate. As their name indicates, these termites come out of the ground in a big swarm, so they’re hard to miss.

They also leave a clue behind after they finish mating. They discard their wings. That means that, even if you didn’t see the swarm itself, if you come across a group of discarded insect wings, there is a good chance that you’ve come across the remains of a termite swarm.

Why Termite Swarms are a Big Problem

The problem with termite swarms is that it means there are termites nearby. Now, if you’re walking deep in the woods and come upon a swarm, you don’t need to be too worried. There are plenty of sources of wood outdoors to keep those termites happy.

However, if you find a swarm on your property, it means that there is a termite colony somewhere near your home.

This is bad news on its own, but there’s more bad news to come. When termite swarmers have mated, they begin their own new colony. That means that what may have been only a single termite colony (which is bad enough) is about to split into more. The more colonies that exist, the more termites, and when there are more termites, there will be more damage done to your home.

What to do About Termite Swarms

Whether you’ve seen a termite swarm or not, the best way to protect your home from the damage caused by termites, which reaches into the billions of dollars every year in the United States alone, is to install year-round protection against them.

Not only does Spencer Pest Services provide homes with the outstanding protection offered through the Sentricon® System with Always Active™, but we’re also so confident in this system that we offer a $1 million repair guarantee against future termite damage.

Don’t leave your home open to a termite invasion. Call Spencer Pest Services and get your Greenville home protected before swarmer season.