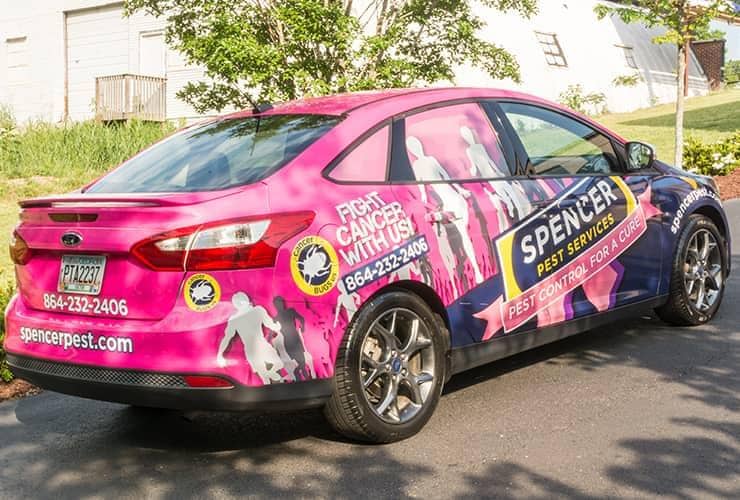 On July 10, 2018, Spencer Pest Services has officially been named Small Business of the Year by the Greenville-Area South Carolina Small Business Council!

As part of a partnership with Clemson University, the Greenville-Area SBDC Awards were created as a way to recognize those small businesses that went above and beyond through their quality of service, job creation, and commitment to the community. The SBDC recognizes three award categories: Service Provider of the Year, New Business of the Year, and Small Business of the Year.

Unlike many similar awards, candidates for the SBDC Awards are peer-nominated, meaning that nominees are selected by an advisory board of people in the same industry that know better the trials and difficulties each nominee faces, and how hard each applicant has worked to overcome them.

On her win, Sheri contributed Spencer Pest’s continued success to their P.I.N.K. Promise - that everyone she employs embodies the core values of Professionalism, Integrity, Niceness, and Knowledgeableness on every facet of pest control.

The P.I.N.K. Promise also serves as a reminder to everyone at Spencer of what they are working toward: Pest Control for a Cure, a program created in honor of Sheri’s father that donates a percentage of revenue to a cancer non-profit of the customer’s choice.

SBDC takes a big emphasis on job creation in the upstate South Carolina area: beyond their commitment to direct community involvement, Spencer Pest was also recognized for bettering the Greenville community by keeping its inhabitants employed. The office is quickly growing, already employing twenty-five locals from the area with five added to the team in the last year alone.

Asked how this award would change things for Spencer Pest moving forward, Sheri said that she is honored to win and that she hopes this recognition will help her continue to bring in more jobs and employ more great people. With great people and great service, Spencer Pest hopes continue to improve, providing better and better service and bringing in more funds toward cancer research.

To Sheri, “This award was not about killing bugs but about changing lives of our employees and having a positive effect on the community we serve.”

Congratulations to Sheri, Laura, and the Spencer Pest Services team!

To learn more about SBDC Awards and application process, head over to the South Carolina Small Business Council’s official website at www.scsbdc.com.