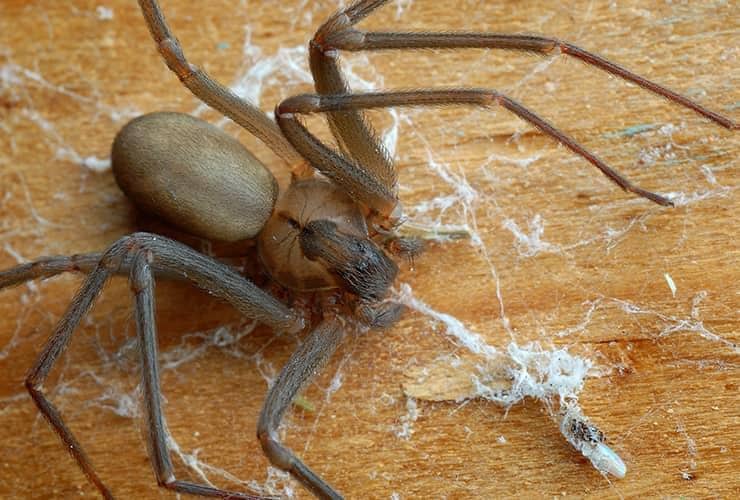 However, the brown recluse is not as prevalent in South Carolina areas as much as they are in other parts of the south.

Experts say South Carolina is actually not in the native range for brown recluse, and Clemson University Entomology Department extension entomologists say over the last ten years, all the spiders sent to Clemson that people thought were brown recluse spiders were not.

A Clemson fact sheet on poisonous spiders says, “The brown recluse was confirmed in South Carolina in 1976 at Goose Creek. Since that time, the spiders have been found in Liberty, S.C., 14 in one house, and on the campus of Clemson University and other areas of the state.

The brown recluse is a small, light brown to yellow, quite harmless appearing spider. Its slim body is about 3/8-inch long with long legs which extend its length to more than one inch.

The fact sheet says the primary keys to identifying the brown recluse are the three pairs of eyes. The “fiddle” or violin outline on the back is not a dependable character, since many brown spiders have similar markings. The male brown recluse is similar in appearance to the female, though it has a smaller abdomen and large knob structure on the front of the head.

The brown recluse is a shy spider and searches for its insect prey primarily at night. During the day, it rests in closets, boxes, under furniture, in attics, under insulation, and in ceiling light fixtures. People are usually bitten accidentally while putting on clothes in which the spider is hiding or by rolling over onto them while in bed.

Though brown recluse spiders in South Carolina might be less frequent than in the rest of the south, they are still present in our homes and can pose a problem to families. If you suspect brown recluse spiders in your home, you can take a picture of them and email them to us to help identify them, or contact us for a free home inspection and alert the pest control technician of your concern.