Are Wolf Spiders As Dangerous As They Look?

Home › Blog › Are Wolf Spiders As Dangerous As They Look? 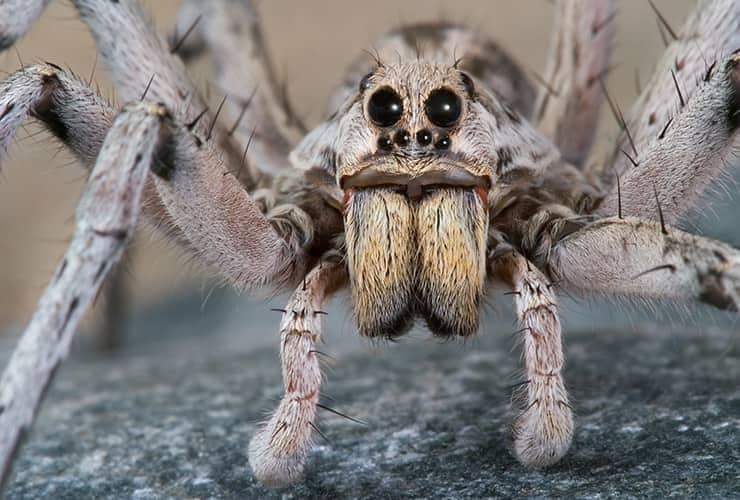 Looks can be very deceiving… Remember as a child, the old house down the street that was surrounded by myths that said that you shouldn’t go near it? It was enough to make anyone afraid, so everyone would very carefully pass by it very quietly or even go across the road to the other side to avoid it. The old house looked ominous, and the man that lived there was hardly ever seen. However, when you actually did get to meet the man that lived there, it turned out he was just a lonely old man with a huge heart that could have used a little help fixing things up a bit.

The same is true for wolf spiders; they get a bad reputation for their looks and their name. Most people would shriek in fear to come across a wolf spider. They are dark brown or black with a lighter colored marking. Their bodies are covered in hair and stocky and have eight long legs. Wolf spiders are predators and they use their long legs to run after their prey.

Outdoors, wolf spiders prefer organic piles of grass or leaves and under rocks. They hunt their prey and oftentimes find themselves inside sheds, garages, and homes. Once inside they will invade just about anywhere and can be seen scurrying under furniture, behind appliances, inside cupboards, and along walls and ceilings.

Wolf spiders are not aggressive, and contrary to popular belief they seldom bite and their venom is not strong enough to harm people when they do. They would rather run than bite, but when they do bite it is because they are being handled or become frightened. That said, some people may have an adverse reaction to a bite that may need to be looked at by a medical professional. Regardless of their lack of threat, most people prefer not to have wolf spiders cohabitating with them in their homes.

In order to prevent wolf spiders, you would need to reduce the number of other insects in your home that they consider their prey. Here are a few other prevention tips that can make your home less attractive to them:

A professional pest control service that offers year-round control is the best way to get rid of wolf spiders. Spencer Pest Services can develop a pest control program to eliminate current infestations and help you keep wolf spiders from coming back in the future. Give us a call today!